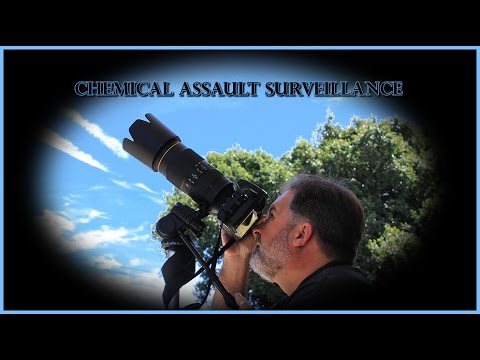 If you do not yet understand that Chemtrails are real, you need to watch this clip.

Chemtrails are not conspiracy and people need to understand the facts because we all breath air - and as you read this thousands of tons of aerosol are being sprayed into the atmosphere worldwide!

It seems as these unusual flying objects originate from (or are attracted to) some persaistent chemtrails or contrails and appear to be performing some kind of activity within them.

These anomalous objects which vary in size could be of a robotic nature (origin unknown). It does appear that many of these objects are surrounded by a gaseous substance and/or reflective or light emitting surface which seems to encase one or more spherical shaped objects.

These objects are probably self-propelled and are not simple released and falling from the sky. These objects have the ability to remain stationary as well as flying in and out of chemtrails or contrails.

According to Rense, DARPA has several research projects regarding "smartdust" and "motes" -- robots ranging in size from microscopic to 2 feet or so ("motes" and "micromotes") - some of which can inter-communicate with one another and home base to perform various tasks.